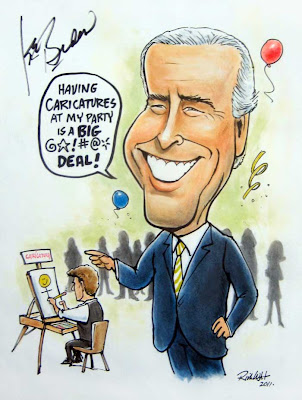 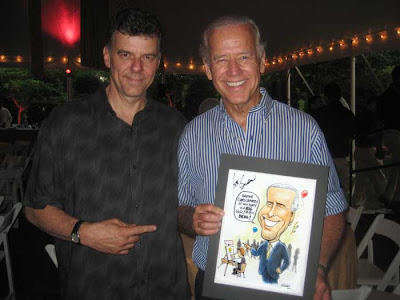 Not too often you get a gig at the Vice President of United States’ home, Joe Biden. But this weekend I did. It was in the heart of Washington, DC. It was a summer “beach party” for his staff members and their families. To get in there, the security was heavy, as expected.

As always, the caricatures were popular and I was busy, busy. I did however get a chance to meet the VP, he signed the caricature and was able to get a couple of photos with him. He was very friendly, his wife was too. And he even thought the caricature was pretty FUNNY. 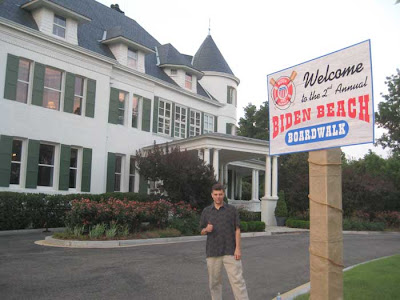 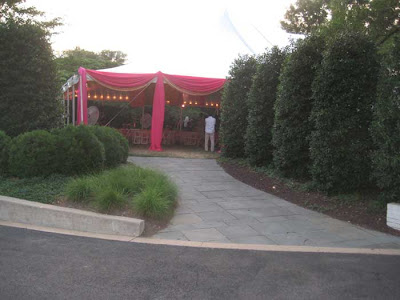 Big tent in back yard. 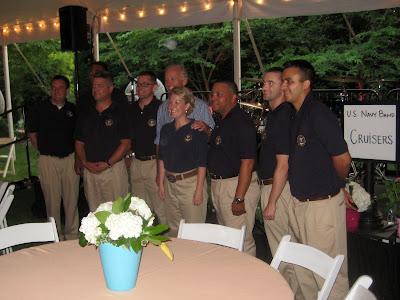 VP with the Navy Band. The band was GOOD!! 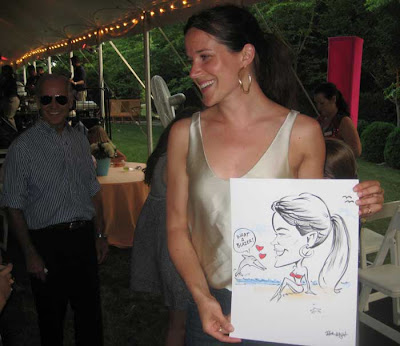 I drew the VP’s pretty daughter as dad looks on and approved. 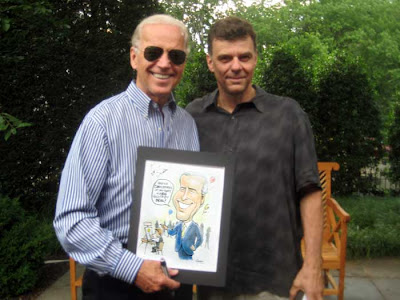